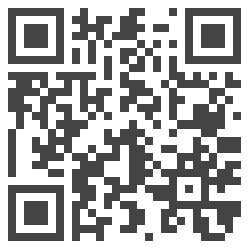 Find out how to contribute.

There's several ways one can contribute, .. find out more about the different kinds of contribution below.

Write or improve upon a library

For now there's a library written in PHP and TCL. Having one for Python or Perl would be nice, at the moment my knowledge in python and perl is limited, but I hope to change that soon.

At the moment I only use bitcoins however I don't mind anyone sending me any other different kind of crypto coins. The QR-code on the page is in fact a bitcoin address. For those who prefer the address. Donations can be send to 1wqZdYXE7hdU4BTFV9vrUiBUD9LdEdQAj.

Why not Paypal, well I do still use it as a consumer, because it is everywhere. But I've had some issues with it in the past, which makes me not want to use it anymore, rather then relying on some banking system I've decided cryptocoins where the best option.

You've probably noticed but English isn't my native language, most of my English I've learned from watching TV so, give me a break. If you do see some weird grammar or spelling do let me know, I don't take offence in it I do like it when people point out my mistakes.

The site isn't great, might of cooked it together bit fast, but kept it realy simple and that's how I like it. However I'm not entirely sure what it looks like on different browsers, I've only tested it on Chrome and Firefox. So if the site looks broken let me know take a screenshot so I know what it is you're talking about.